Difference between revisions of "Asian-American Students in Action"

Asian American Students in Action (AASiA), as the umbrella organization for Chinese-American Student Organization (CASO), Koreans of Williams (KOW), South Asian Students Association (SASA), and Asian Theater Project (ATP), is committed to facilitation, interaction, and communication among these groups. AASiA is also an independent group, separate from the subgroups, with its own goals and activities and works to foster Asian American awareness in the Williams community. AASiA is also prepared to act as the representative of the subgroups in large events jointly sponsored with other organizations on campus. Through social activities, intellectual discussions, and political activism, AASiA strives to provide a forum for community-building and cross-cultural exchange. 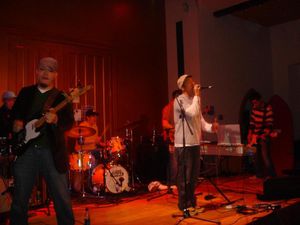