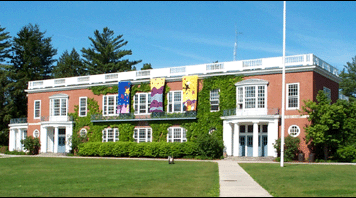 Ground breaking for Baxter Hall took place on September 13, 1952, and the building was dedicated in February 21, 1954. Named for the James Phinney Baxter III, Class of 1914, who served as President of the College from 1937-1961, the building has served as freshman center, student union and dining hall, while providing office space for student organizations and college departments. Cost to complete the building was 1.5 million dollars. Perry, Shaw, Hepburn, Kehoe and Dean was the architectural firm responsible for designing the structure. 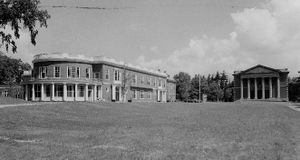