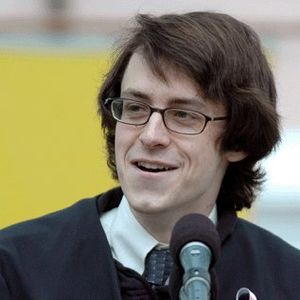 Evan Miller was born and raised in Tennessee and graduated in the Class of 2006 at Williams College in western Massachusetts. He is a part of the student organization WSO, where he is a root, and is chair of the Writing Workshop. (Members of the Class of 2009 may remember his dirty speech during First Days.) He is a senior Physics Major and resides on Thompson 3rd Floor.

Evan Miller knows all about HONOR, TRUTH, and DUTY. That's because he attended MCCALLIE, a prestigious college preparatory school in the aforementioned Tennessee. And yea, it only "accepts young men with above average to exceptional academic abilities." Evan Miller will soon be added to the list of distinguished alumni including Ted Turner and Pat Robertson.

Evan was the 2006 Class Speaker. Here is his speech.