Difference between revisions of "David Kane" 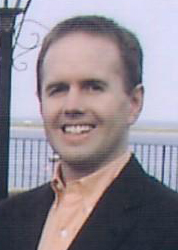 David Kane is the creator of and most prolific post-writer on EphBlog. He is married to Kay (Fang) Kane '89 and he currently lives with her and their two daughters, Cassandra and Michaela, near Boston. Sometimes he comes back to Williams and talks about joining the military. At Williams, he majored in Economics and Philosophy, and then he went to Harvard for graduate school. Now he has a business called Kane Capital Management. See also Harvard's paragraph on him.

Arjun Narayan writes: "David Kane runs a hedge fund and hires summer interns. Likes and hires Williams kids and pays well. You should definitely work for him if you have any plans of going into the world of finance. The biggest bonus is that he takes interns freshman summer, so you can do some real work instead of goofing off."

Duane Bailey writes: "Unfortunately, David Kane places requirements on students that I believe are extraordinary and unethical. Kane typically requires students to take advanced statistics courses, to learn about software, and to submit assignments and projects for his review, all before your internship. Hurdles to hiring are fine, but this type of relationship with students during their own time is unusual, miserly, and frankly, unethical. There are better jobs out there, with less overhead."